When your “Negative Nellie” comes out here’s what to do about it. 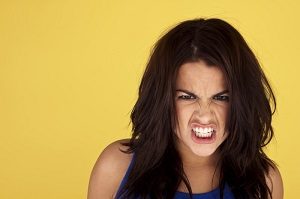 Have you ever heard the phrase that our own worst enemy lives between our own two ears?

Yes. It’s negative self-talk, and it’s a huge issue that holds us back from achieving our potential in career or business. This self-criticism is destructive, and the problem is that every cell in our body is listening in. What we think is what we become. During those times when you are so hard on yourself, is that really what you want to be, do, or have? Do you want that to become a self-fulfilling prophecy? No, you don’t because we say things to ourselves that we would never say to another human being.

Time to lighten up and do something about it.

Your awareness of your negative self-talk is the first step to conquering it. Nothing can change unless you are even aware that it’s happening in the first place. Catch yourself when you have ugly thoughts about yourself. Notice when you’re self-sabotaging with your thinking. Pay attention to the words you choose (and yes, it’s a choice) related to who you are and what you’re doing. Only by doing this can you start the process of empowering yourself mentally.

Oh, and talking back to your inner critic is a must!

I have regular discussions with a gal named, Nellie. Nellie is a great friend. She can be supportive, lots of fun and she has some great ideas! Frequently though, I will have an idea beyond where Nellie is willing to go, and she will dig in her heels. HARD. All of a sudden she turns into Negative Nellie, and she isn’t so charming anymore. As a matter of fact, she’s downright stubborn and resistant! Negative Nellie is my inner critic. What I’ve come to I realize though is that Nellie is just protective of me. As much as I appreciate that, I know I have to be firm with her.

When does your Negative Nellie come out? Or maybe it’s your Negative Nate? When do they go from being your biggest supporter to your most debilitating critic? Have you ever heard the phrase, “we teach people how to treat us?” Nellie and Nate are no different. Have a conversation with them and tell them you’ve got a different plan. Train them to be more supportive and less sabotaging.

You need to coach Nellie/Nate. Tell them to rephrase “Well that was the stupidest thing I ever said” and instead say “Well that didn’t come out the way I wanted it to but I learned from it. The next time I’ll make a different choice.

Always instruct Nellie/Nate to replace it with something that will allow you to improve, to do something differently the next time and move towards your best self.

When you confront your own negative self-talk, even just starting the process, you’ll be more easily able to ask for what you want because the days of being a hard worker and putting in your time and efforts in the hopes that you’ll be recognized are gone. Be an advocate for yourself. Speak up and say what you are good at (a hard task for many people).

ASK for what you want.

Ask for clarification – when you don’t understand.

Ask for a promotion – when you deserve it.

Ask for a raise – when you’ve earned it.

Ask for a mentor – when you want career guidance.

Ask to be considered for the Board – when you’ve got the skills that are needed.

Ask to learn new skills, take a course, whatever… #JustAsk.

Here’s wishing you the clarity you deserve, and a better conversation with Nellie and Nate.

I’m Debbie Peterson and I run a company called Getting to Clarity. I’m a Business Motivational Speaker, Mindset Strategist, and Coach who speaks to financial services and real estate organizations that want less frustration and more focus, momentum and results in business. What could you do with more clarity?