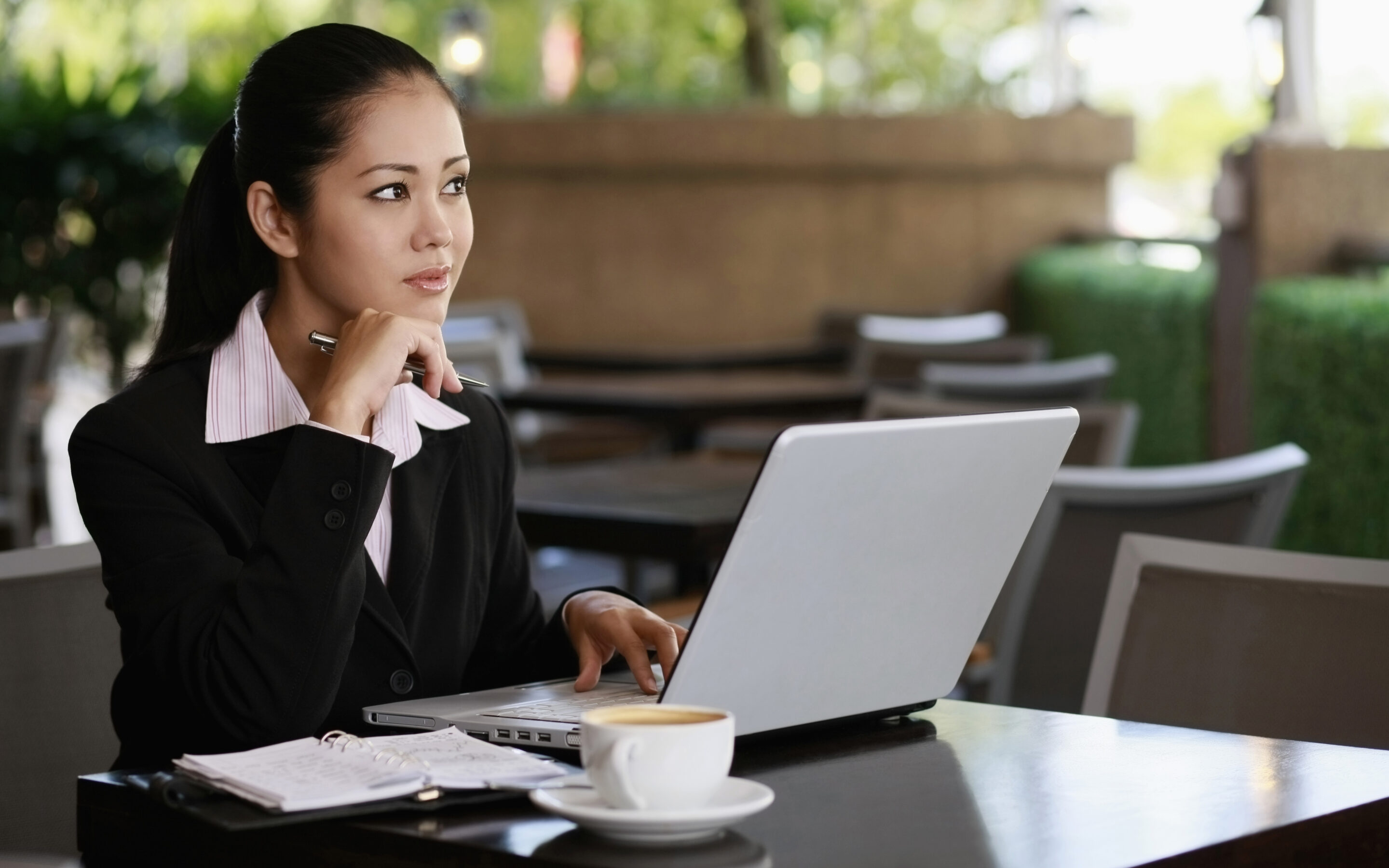 Blind spots are the thoughts that we think which hold us back.

They are the beliefs we hold that keep us playing smaller than our potential.

They are the words we speak that create the reality that we don’t want, and we don’t even realize we’re doing it.

It’s frustrating, but essentially, blind spots are us.

We are the ones most in our own way, and when you consider the name, it’s because we are “blind” to how we do that.

And, it’s no wonder because most of the thoughts we have throughout the day are unconscious, and we’re not even aware that we have them.

Why that is such a big deal is because it’s our thinking that starts it all.

We don’t do anything without first thinking about it, whether we realize we have the thought or not. This is because our minds are efficient, and just like things we repeatedly do become habits, so do our thoughts.

Now that’s a conundrum, wouldn’t you say? How can you do something about it if you aren’t aware that you’re sabotaging yourself, to begin with?

It starts with self-leadership and being willing to build an awareness of what’s underneath that which isn’t going well.

So let’s examine what’s going on in your world and dive into some of the biggest blind spots that impact women in business.

What does the next level of your leadership look like? What do you aspire to, personally or professionally? Because both aspects of yourself are tied to how you show up as a woman leader.

What is your focus as a woman in business this year? What specifically are you trying to achieve?

As a high-performing woman, many times, the answer to that question is EVERYTHING. We do it all. We try to handle all that is going on and keep all the balls in the air. But it’s not a broad focus that moves us toward what we want to accomplish; it’s a singular focus.

So what is that?

Is it profitability in your business? Is it a desire for a promotion? Is there a skill set you need to acquire to up level? Is it, perhaps, creating space for something else besides work because you feel that’s all you do?

Clarity of direction is a gift because it simplifies decision-making. Instead of saying yes to everything, you know what to say YES to because it is a right fit for you.

Is the person who walks out the door of your home the same person who walks in the door (literally or figuratively) at the office? Do you ever feel like you’re trying to be someone you’re not? That’s exhausting, and it takes a lot of energy to keep up that facade.

For years, many women have felt that they needed to be someone other than themselves to get ahead at work. But, most women lead differently than men. They may be “doing” the same things, but how they do it is different. When you show up this way, it’s a huge contribution to an organization. You add to a business when you show up as your authentic self. It eliminates group think, encourages diversity of ideas and different ways of doing things.

And let me be clear, this isn’t about replacing men because it isn’t either/or. It’s AND.

So, what makes you uniquely you? What are your gifts? Because everyone has them. What do you bring to the table that no one else can? When you don’t know, this can be a frustrating question, but it’s a game-changer once you uncover it.

For me, that’s Clarity. That’s my word; it’s my company. I bring Clarity to people about themselves. I don’t know why it’s my gift, but I have this natural ability to help people sift and sort through the jumble of their leadership and life and help them get Clarity on the way forward. Give them the steps, so they are no longer stuck. Ask the questions that enable them to uncover their answers.

Authenticity is a journey. It’s not a one-and-done process. It requires you to be willing to examine who you are, what you stand for, what you value and appreciate. And, also the things on the opposite side of that as well. But without authenticity, you are leading as a copy of someone else, and that’s fine for a while as you learn, but to be an effective leader, you have to lead as yourself eventually.

Do you ever feel like you’re throwing spaghetti at the wall? To see what “sticks” or what will work? It’s a strategy but not very effective, and it’s definitely a leadership blind spot. Not knowing what to do in a situation, so you try everything!

When you have Clarity of direction, you know the action you WANT to take. When you are clear on who you are authentically, you know HOW you’re going to take it.

When you’re taking inspired action, it has a different feeling or energy to it. It’s a feeling of flowing, not forcing it. It’s an energy of allowing it to happen instead of making it happen. It feels right to you.

Wouldn’t that be cool?